lovely weekend at the north county fair in arcata, paintings and prints alongside Basket Song’s creations

Somehow Through the pandemic, getting back to dunking brushes into paint, mandalas became a thing again:

Through the years Iv’e had the privilege to have friendships with many supreme music curators and DJs.

If even I had the inkling to become one myself it is because of that constant flow of inspiration. 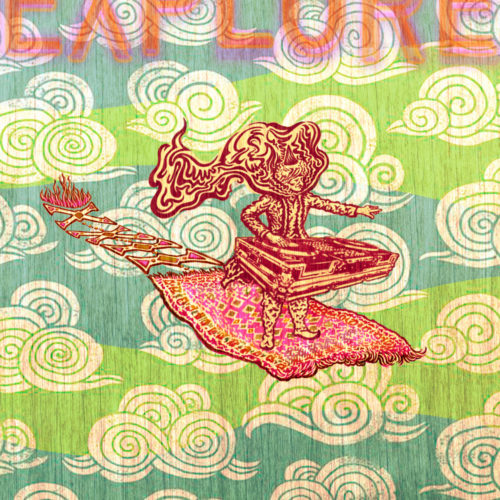 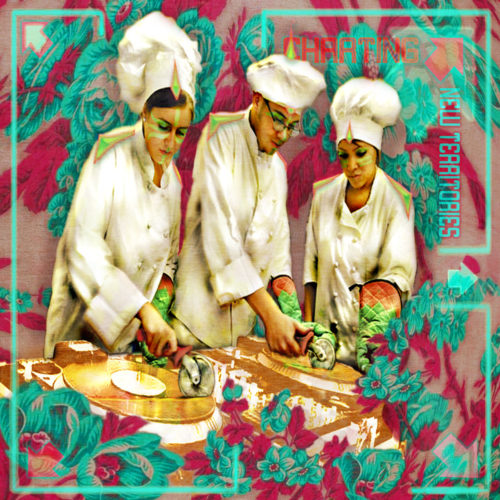 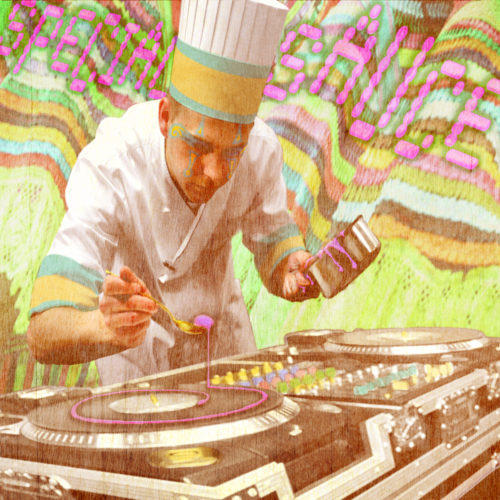 the first puppets made a little screen test  for grant application

There was a short stint in 2018 where the idea of making a graphic novel with Ancient Aliens themes surfaced… it felt overwhelmingly heavy and went back to fermentation, but some samples made it through the test of time…

been working through the winter finishing up and mixing down these years old tracks:

recording is hard work but not as daunting as mixing – it is a slow process for to take on for your own music, but gratifying to hear the outcome

Reading the hexagram after the ceremonial soup service performance. Underdocumented but still…

All the hours and days and years of graphic poster and flyer design have yealded quite a collection of digital photoshop collage material that is perfect for this digital environment. Of course some political and social justice subplot emerges.

I am proud to say it is finally finished!

It has been many years now working with Sarolta Vey Cump and many other amazing queer water creatures.

From play to motion picture, from music and production design, to sets and costumes, to editing and animating… I’ve been watering this project for so long its nice to see it finally take off.

it is beautiful , it is inspiring… it premiered at the SF Transgender Film Festival, and will hopefully be available to a wider audience very soon.